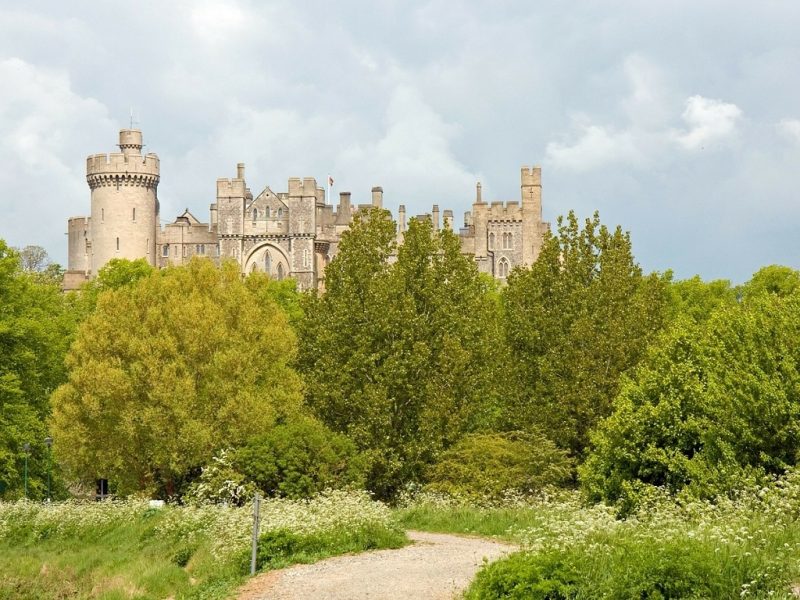 Sussex is much more attractive for the tourist from all over the world since the marriage of Prince Harry and Meghan. If you are planning the holidays and want to combine your passion for travel and for the discovery of the royals, you just have to plan a tour of Sussex, the Duchy of Harry and Meghan, between beaches, castles, cliffs, picturesque villages and villages.

Brighton is a seaside town an hour from London, in East Sussex: English (but also tourists) love it because it is colorful, cheerful and well-groomed, with its mix of hipster places and local architecture typically English, complete with pier and super scenic wheel overlooking the ocean. Between street-art and culture, with the beautiful Royal Pavilion in full oriental style and that breaks the Anglo-Saxon tradition a bit, Brighton is also famous for the Pride Parade, one of the biggest events in the UK dedicated to the LGBT community this year will be held the first week of August.

Very narrow alleys, adorable little houses: all this is Rye, a village of East Sussex a few kilometers from London that will conquer you. Everything is so perfect: the street lights, the art galleries, the ancient medieval walls. Impossible not to fall in love with it!

This medieval castle that seems to come out of fairy tales is located in West Sussex and is still today a place of historical costume revivals that take you back in time. Built in 1067, it underwent major renovations in the Victorian era, although some original structures such as the towers have been retained to make you take a plunge into the past. 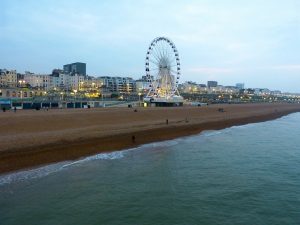 The South of England offers spectacular landscapes. One of these is the Seven Sisters Country Park, a park that runs along the ocean. It is formed by a series of very white chalk cliffs that overlook the English Channel. Often used as a set of films and TV series, the name, ‘Seven Sisters’, is due to the number of hills that make up the cliff. A continuous up and down hill allows you to have an almost complete view on all seven cliffs. Along the path that starts from the beautiful promontory of Beachy Head you can admire the two lighthouses.

Hastings is a beautiful seaside town located in East Sussex. In its vicinity, in a place where now stands a country called Battle, in 1066 a famous battle took place between William the Conqueror, Duke of Normandy and the Anglo-Saxon king Aroldo II, marking the beginning of the Norman domination over England. The massacre resulting from that event was so great that the Pope ordered some form of penance to the victors so William built an abbey on the spot of combat. It is said that its main altar was built on the exact place where King Aroldo was killed. Here you can relive one of the most important events in history by visiting the Battlefield of Hastings, the Battle Abbey and entering the Castle of Hastings, which was built by William the Conqueror before the final battle.
Enjoy Sussex, you have plenty of things to discover!